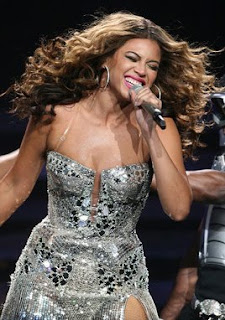 Beyoncé Knowles, the 28-year old world famous R&B singer and Hollywood actress, will not be coming to perform in Addis Abeba as it was announced by promoters here, reliable sources disclosed.

The sensational performer, honoured as Billboard Woman of the Year on August 25, 2009, had agreed to come to Addis for her second performance scheduled for October 31, 2009. It was meant to be part of her third world tour, including to Abu Dhabi, United Arab Emirates (UAE), where she was scheduled to come from.

The deal to bring her to Addis was negotiated between the singer’s management company, run by her father, Matthew Knowles and New Way Inc., a Virginia based company owned by Dereje Yesuwork (Jambi) and his partner Endalkachew Tekeste.

Dereje is one of the closest associates of Sheikh Mohammed Hussein Ali Al-Amoudi who would have paid one million dollars for her performance in Addis Abeba, and an additional 150,000 dollars to charter an aircraft for close to 90 members of her team, reliable sources disclosed.

The concert was planned to be held inside the Millennium Hall on African Avenue (Bole Road), and organized locally by Addis Parks Management Plc, a subsidiary of MIDROC Ethiopia. Addis Park promotes
such events and sells tickets to the public.

However, negotiations have fallen apart following a disagreement over live broadcasting rights of the concert, said these sources. Beyonce’s manager has agreed to let live broadcastings of only five songs from two-hour performance, according to sources. Compared to the one song broadcasted live during her dazzling first performance in Addis in October 2007, where she was paid 1.75 million dollars, this may sound an improvement.

The Sheikh was not happy, nevertheless.

“Mohammed has agreed to bring her back to Addis only if the entire concert is transmitted live by ETV to the Ethiopian public,” Dereje confirmed to Fortune.

It is a statement reinforced by Jean-Pierre Manigoff, general manager of Sheraton Addis, the hotel owned by Sheikh Al-Amoudi, and subcontracted by Addis Park to provide hospitality services.

“Sheikh Mohammed loves and respects the Ethiopian people,” Manigoff said. “He would want the show to be accessible for all through broadcasting.”

Live transmissions of concerts by internationally acclaimed bands such as Black Eyed Peas, and Kool and the Gang, as well as performers like Wyclef Jean and Papa Wemba were made after organizers enter into a separate deal with the performers, disclosed these sources. However, Sony Music Entertainment has reserved copy rights over broadcastings of Beyoncé’s shows.