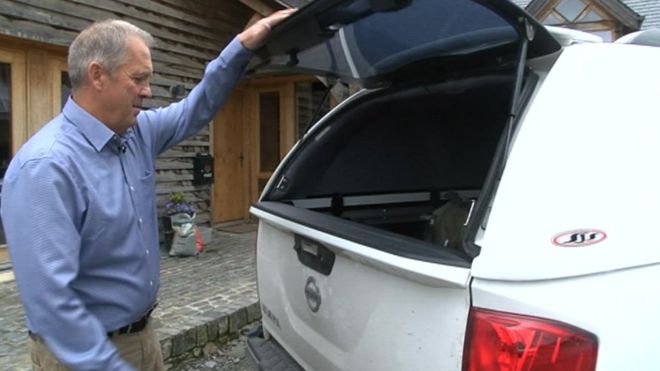 A holidaymaker said he was “shocked” after finding a stowaway in the back of his car after a trip to France.
Paul Edmunds found an Ethiopian man in the back of his Nissan pickup after arriving back in mid Wales from a break in France earlier this month.
Mr Edmunds had just arrived at his home in Caersws, Powys, and was unpacking when he saw the 22-year-old man’s trainers poking out from the luggage.
The man was arrested by police on suspicion of entering the UK illegally.
The stowaway, who had travelled about 4,000 miles from his home in Africa, was handed over the immigration officers after being contacted by Dyfed-Powys Police at about 17:45 BST on 18 September.
“I saw some dirty trainers in the back of vehicle,” recalled Mr Edmunds.(Here)