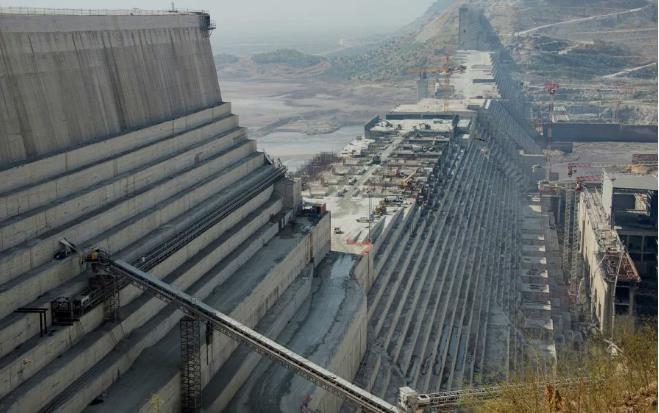 (MENAFN – SomTribune) A giant rose farm, a soda works, and thousands of local farmers pay nothing for the water they take so freely from Ethiopia’s rivers and lakes, which are now drying up at terrifying speed.

Around Ethiopia’s Lake Abijatta the ground crunches beneath you, and it becomes impossible to approach the lake’s pink flamingos without the risk of it cracking completely. More than half of the lake has disappeared in the past 30 years, leaving a vast expanse of salt flats. Satellite images collected by researcher Debelle Jebessa Wako reveal that between 1973 and 2006 its surface area shrank from 76 to 34 square miles. Its depth dropped from 43 to 23 feet between 1970 and 1989, and fish have disappeared because of the remaining water’s increased salinity. The other lakes in the central part of the Great Rift Valley (Ziway, Shalla, and Langano) face the same threat.

The core problem is ‘Ethiopian-style development,’ the downside of the economic miracle vaunted by prominent economists . The World Bank praised Ethiopia’s double-digit growth between 2005 and 2015, mostly due to expanding agriculture, construction, and services. Ethiopia, a landlocked state, is doing all it can to attract foreign investors, with water and electricity almost free and rents at 10 percent of market rate, especially in the textile sector . The rural population and the environment are the biggest losers.

Near Lake Abijatta, about 125 miles south of the capital Addis Ababa, the town of Ziway is thriving thanks to dynamic primary industries. France’s Castel Group, the second-largest producer of beer and soft drinks in Africa, has established vineyards and the Dutch multinational Afriflora Sher has set up the world’s largest rose farm, employing 1,500 workers who earn $83 a month. These companies pay nothing for water from the Bulbula river, which flows into Lake Abijatta. Local farmers have installed an estimated 5,000 to 6,000 illegal pumps and consume even more water.

Since 1970, when the Abijatta-Shalla National Park was created, the water table has officially been protected. The 342 square-mile park, once all acacia forest, includes both lakes and the 70,000 people that live there and graze their cattle within the protected area. Some boost their income by selling charcoal made from felled trees, which can lead to a five-year prison sentence, though checks are rare; the park wardens have only two vehicles, so patrols are minimal. Thieves also remove truckloads of sand from the park to sell to the construction industry. Park director Banki Budamo told me, ‘Two years ago a warden was killed trying to stop these thieves. Seven others have been seriously injured.’ Antelopes and Ethiopian wolves have gone from the park, and so have migratory birds.

‘WE’RE TRYING TO BE DIPLOMATIC’
Budamo’s 63 wardens are trying new tactics. Warden Amane Gemachu, in her military fatigues, plays with village children and converses with the elders, and says, ‘We’re trying to be diplomatic, and sensitize people.’ When she was hired five years ago, the lake was more than half a mile wider, she says. She blames the Abijatta-Shalla Soda Ash Share Company (ASSASC), which makes bicarbonate of soda and uses water from Lake Abijatta. Gemachu insists the company, 45 percent owned by the Ethiopian state, is also responsible for the disappearance of fish, because of chemical discharges. Berhane Amedie, ASSASC’s director, assured me that it does not use any chemicals.

At the company’s headquarters in Addis Ababa, he introduced me to Worku Shirefaw, the engineer responsible for the construction of a new factory that will use water from Lake Shalla: ‘The Abijatta factory is a pilot project. The plan was always to build another, bigger one. Lake Shalla is much deeper, and so less prone to evaporation.’ The company aims to increase production from the current 3,000 tons a year to 200,000 tons, possibly even one million. Amedie said, ‘We’re expecting to make $150 million a year.’ Bicarbonate of soda is used in the manufacture of glass bottles and in cleaning products, and in local tanneries. The size of the new factory will also enable it to export, mainly to Asia, which will generate foreign currency.

Ethiopia imports five times as much as it exports—$15.59 billion compared to $3.23 billion in 2017—and needs foreign currency. Dollar-based loans can take up to a year to be approved, during which time businesses are unable to import materials or equipment. So the government encourages any export-oriented investment. That is why Shirefaw is unfazed by a government report that concluded that the new factory was ‘not recommended on environmental grounds.’ He told me construction will begin within a year and production within four to five years.

Five-year development and transformation plans encourage horticulture although it, too, is heavily water dependent. Ethiopia’s first rose farm was established in 2000, and the country quickly became the Africa’s second-largest rose exporter after Kenya. Michel van den Bogaard, Afriflora Sher’s finance director, said, ‘In 2005 the government sought us out in Kenya. We had a good reputation.’ The company’s appeal was mainly due to its charitable projects. In Ziway it has funded a hospital and schools and pays the wage bills. ‘When we arrived, we pumped water from Lake Ziway, but we’ve reduced our consumption by half since then by using computer-controlled drip irrigation, water recycling, and rainwater collection. It rains as much in Ethiopia as it does in Holland, but here it all falls in three months.’

‘WATER IS BEING PUMPED 46 KILOMETERS’
Two million people depend on Lake Ziway, the region’s only freshwater lake, but its level is falling relentlessly. Biologist Kathleen Reaugh Flower is worried the lake may stop flowing into the Bulbula river, which feeds Lake Abijatta. Near Harar, more than 300 miles east of the capital, commercial khat growing (the local drug, exported throughout the Horn of Africa and the Arabian peninsula), the Harar Brewery and overgrazing contributed to the drying out of Lake Alemaya in 2011; cactus now grows where there used to be a lake with a 10-mile circumference. Lake Ziway’s water quality is also deteriorating, driving treatment costs up. Amdemichael Mulugeta of the NGO Wetlands International said, ‘At this rate, the water won’t be drinkable in a decade and the lake will be gone in 50-70 years. The town of Ziway used to use lake water, which needed minimal treatment. Now purification would be too complex to be done locally and above all too costly. So water is being pumped to the town from 46 kilometers [29 miles] away.’

In its eagerness for foreign investment, the government is selling off local farmers’ land. Between 2016 and 2018, huge protests against this led to the resignation of Prime Minister Hailemariam Desalegn. International delight at economic growth has led to indulgent treatment of Ethiopia’s authoritarian regime. Human-rights infringements and poor welfare indicators have been overlooked, especially the poverty rate, which is very high and constantly underestimated. The government’s statistics agency sets the threshold for extreme poverty at 19.7 birr a day ($0.70), significantly below the World Bank’s $1.90.

The new prime minister, Abiy Ahmed, in office since April 2018 , symbolically called a halt to the previous government’s system of favoritism. He canceled a number of public contracts awarded to the Metals and Engineering Corporation, a military-run conglomerate of 98 companies, 26 of whose leaders are being prosecuted for corruption.

For the lakes in the Ziway area, a slow change has started. Mulugeta said, ‘We used to be permitted to visit enterprises only rarely, especially horticultural ones. Their directors would always tell us they knew so-and-so. Now they have to get round the negotiating table.’ International Wetlands is supervising a study to determine how much water can be taken from the Bulbula river without adversely affecting the level of Lake Abijatta. Once that is known, the NGO plans to allocate a proportion to each user in the area and charge them for what they use. It is also helping small farmers of very limited means to improve agricultural techniques in order to avoid penalizing them. The Dutch foreign ministry is funding this nearly 500-acre pilot project as compensation for the damage done by big agricultural enterprises. Afriflora Sher is reducing its reliance on pesticide by using insects imported from Europe to prey on the red spider mites that attack rose bushes. (Read more)